Keep reading for more information about the 1000-watt e-bike and why a 750-watt alternative just might be the better option for you.

E-bike motor wattage comes in varying strengths, with the most common being 250, 500, 750, and 1000 watts. In general, e-bikes are a much faster option than traditional bikes because of the electric motor, with a basic 250-watt e-bike providing a steady pace converting to around 15-20mph on flat terrain.

In general, as the wattage increases, so does the power - and the ease and speed at which the bike can handle an incline.

A 1000-watt electric bike is a powerful option, and definitely gives you an extra boost. While it might not seem that fast when compared to driving, a 1000-watt e-bike equates to a speed of roughly 35mph. These powerful e-bikes are typically used for off-roading activities and rough terrain, as opposed to a routine commute.

E-bikes with a 1000-watt motor are more closely related to motorbikes, mopeds, and other motorized vehicles because of their power and speed. While they can take you to work undoubtedly fast, that level of power may not be strictly necessary for a short commute.

The legality of 1000-watt bikes is an ongoing debate, and tends to vary from state to state.

E-bikes have become increasingly popular in recent years, and the market is expected to grow over the next five years. However, a variety of states have placed restrictions on e-bike wattage. Currently, six states allow e-bikes to reach up to 1000-watts but no further:

However, sixteen states have placed a 750-watt restriction on e-bike use:

In addition, Maryland has an even stricter wattage restriction for e-bikes, which keeps e-bike wattage to 500 maximum. At the other end of the spectrum, Florida and Mississippi do not have any wattage limitations in place.

States place restrictions on e-bikes because, technically, 1000 or above wattage categorizes the bikes as mopeds or motorbikes, which have their own rules and regulations to follow. Plus, e-bikes above 500 or 750 watts may present a slightly increased risk for accidental harm due to their increased speed.

As always, a helpful rule is that responsible riding equals safe riding. Remaining alert at all times and following all safety regulations for your specific bike and local area is always recommended. 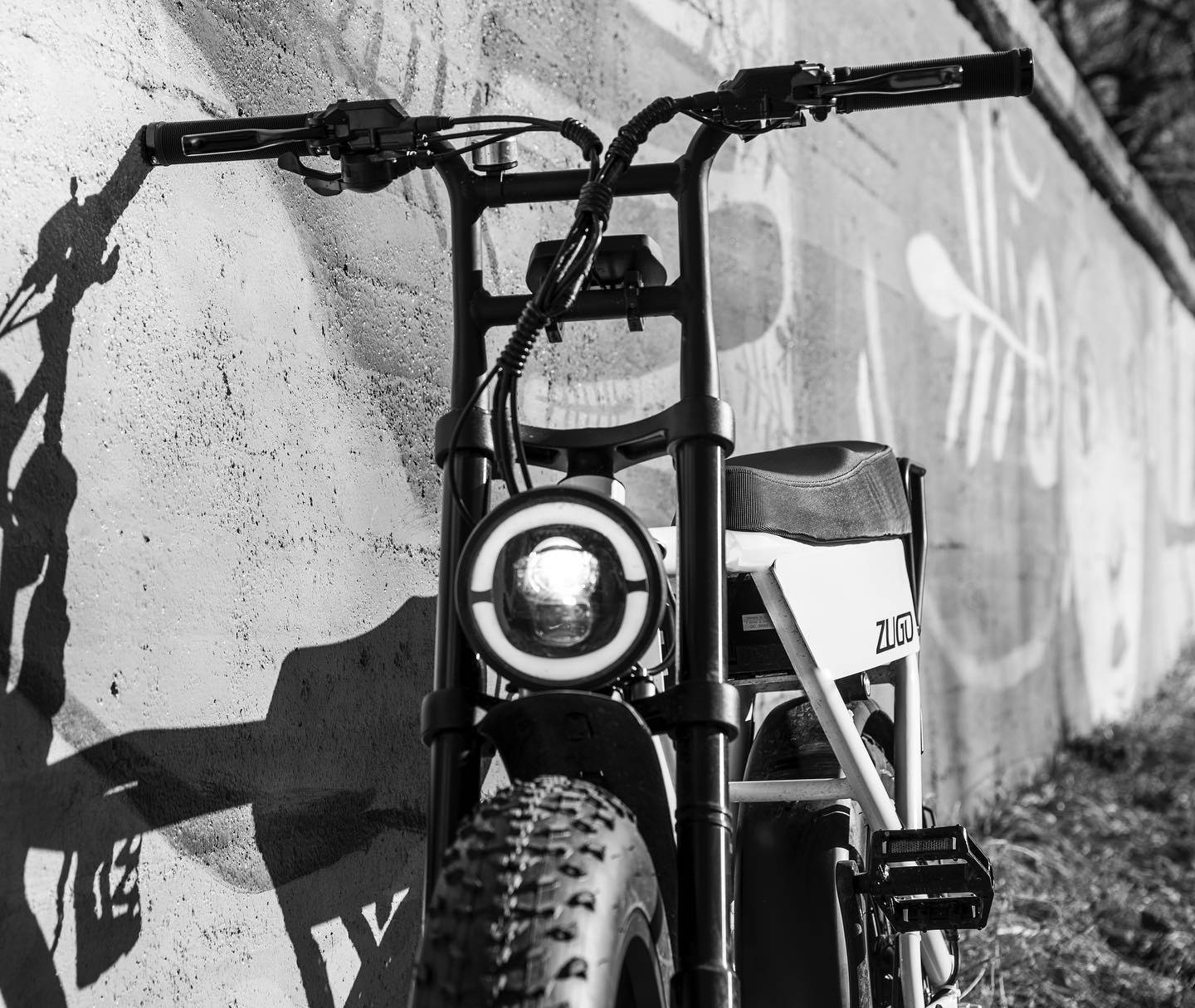 Check out 750-Watt E-Bikes from ZuGo

What is the highest watt electric bike?

A 1000-watt electric bike might seem like the cap to e-bike wattage, but there is a wattage higher than that - the 3000-watt e-bike. This high-powered electric bike can reach up to 50mph. At that speed point, it’s hard to qualify the e-bike as such because it can reach speeds equivalent to a motor vehicle.

Understandably, 3000-watt e-bikes are not very popular because states have placed wattage regulations on e-bikes. Not to mention, these bikes pose increased safety risks because of their speed.

A 1000-watt electric bike will take you at speeds of up to roughly 35mph, varying depending on factors such as weight, terrain, and personal preference.

The 750-watt ZuGo Rhino E-Bike gives you the choice of controlling the rate at which you travel with either your pedaling or the throttle. This throttle option is a perk you don’t see on all e-bikes, and allows you to quickly accelerate the bike to the maximum speed of 20mph on this model as shipped, or 28mph if you opt to unlock.

When is 750-watts a better option?

A 1000-watt e-bike is undoubtedly an excellent option if you need to prioritize power and speed. However, the average commute or leisure ride probably doesn’t need this level of power.

Sometimes you want a little extra energy to get you where you need to go without zooming down the street at a motorized pace. In that case, a 750-watt e-bike might serve you better.

Not to mention that higher wattages often equate to more expensive products. If you want a powerful bike but don’t want to spend as much, a 750-watt bike could be a solid choice.

You most likely don’t need excessive power during your daily commute. If you plan on using your e-bike to get to and from work, then a 750-watt electric bike may be preferable, as it will get you where you need to go efficiently without catapulting you through the streets.

If you want to use your e-bike for leisurely rides around town or through parks, the 750-watt e-bike is more than capable of meeting this need. You can pedal as fast as you want and still cruise at a moderate pace, whereas while riding a 1000-watt e-bike you might be propelled too quickly to enjoy the scene.

Given the slight decrease in available power, you might find that a 750-watt e-bike presents a more budget-friendly option than its 1000-watt equivalent.

So if you still want a bit of kick to your ride but don’t want to spend too much, a 750-watt e-bike may provide a good level of power at a lower price point. 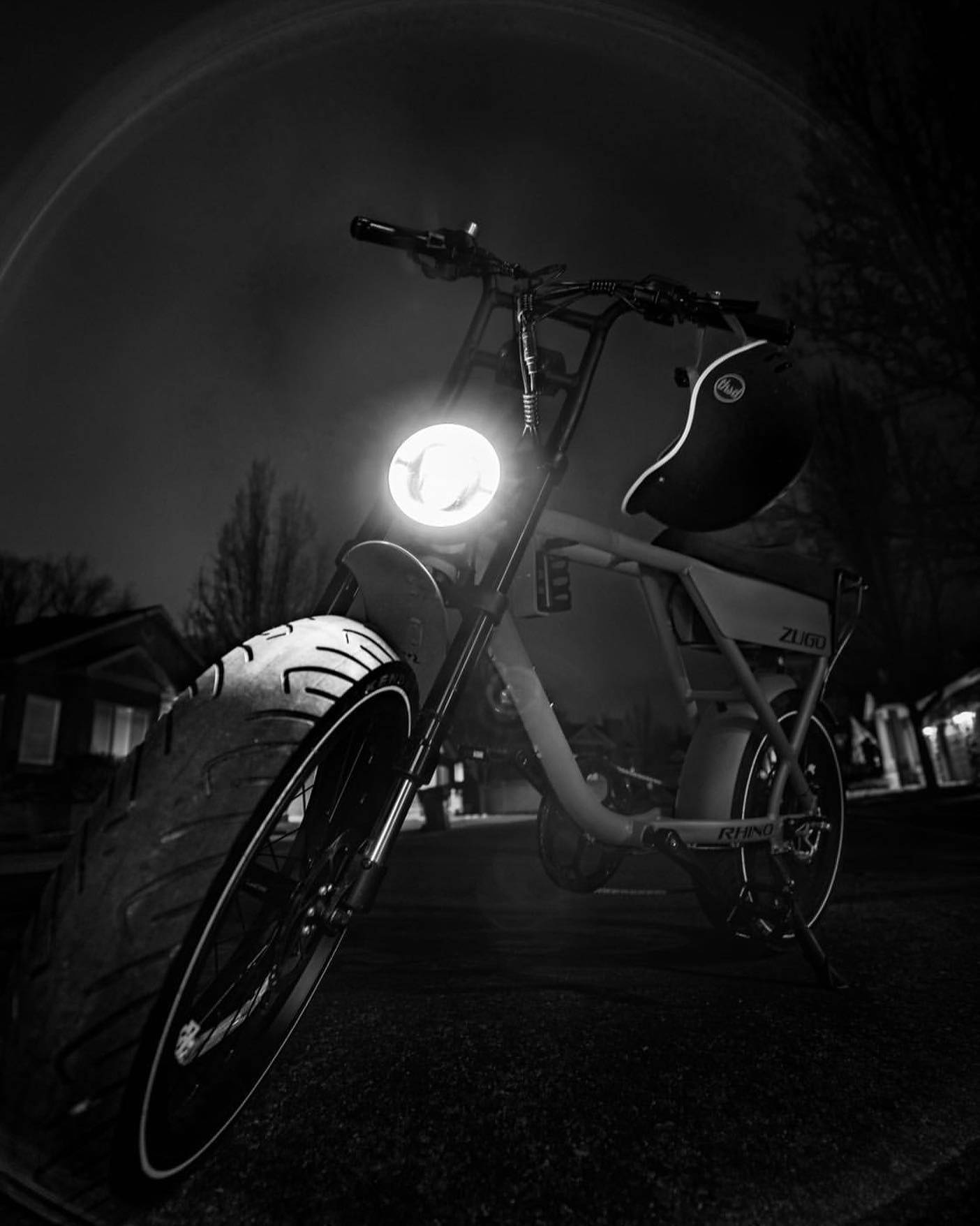 Weight and speed go hand in hand. It’s a matter of physics. For example, say a person needs to carry a paperweight up a hill, and another needs to take a boulder up the same elevation. Who will reach the top faster? The paperweight carrier. Why? Because they don’t have as much weight holding them back from reaching their maximum power.

Therefore, it may be worth bearing in mind that the wattage that you will require will - to some degree - be influenced by your weight and personal needs.

If you were going 50mph in your car and got in an accident, you would sustain much more damage than if you were going 25mph, right? The same goes for e-bike usage. If you have a 1000-watt e-bike, and you cruise at an intensified speed, you’re more likely to get seriously hurt if you crash or get into an accident than you would if your bike couldn’t reach that same speed.

That’s not to say you’re guaranteed to get into an accident when using the e-bike, but as the saying goes, it’s better safe than sorry.

With that in mind, the 750-watt electric bike may be the safer option without sacrificing power and speed.

Even though some states allow for 1000-watt electric bike use, it’s always possible that this could change in the future. Given the cost of investing in an e-bike, you may want to play it safe by erring on the cautious side in terms of legal wattage. With e-bikes becoming more popular each year, more safety regulations and restrictions may follow.

What’s more, the wide acceptance of the 750-watt e-bike makes it a great option if your state has already imposed wattage restrictions.

The ZuGo RHINO Electric fat tire 750-watt electric bike is a superior e-bike model. Larger tires are equipped to handle rough terrain with ease, and the 750-watt motor can help to propel you up steep and gradual inclines.

Oh and did we mention? The ZuGo Rhino can stylishly accommodate two riders, has a 50-90-mile range (for single-rider usage), a choice of two long-lasting battery options, and features a 1200-lumen headlight for safety. Not bad.

The ZuGo Rhino is ideal for commuters and outdoor adventurers alike. If you’re looking for a new way to get to work or get active, you should give the 750-watt ZuGo RHINO bike a try. For more information, prices, and pictures, visit the e-bike page here.