We all know that there couldn’t be electric bikes without the invention of the bicycle in 1817.

What may not be as well-known, however, is how the invention of the bike has proved so singularly important to the advancement of women’s rights.

In fact, according to individuals who were key players in the movement, the bicycle was very much the vehicle of change powering the quest for women’s suffrage.

In the 1890s, bicycles had become an American obsession triggering what historian David V. Herlihy has called a “bicycle boom.” As Bike Clubs began to pop up at a frenzied pace nationwide, their influence could be found in new fashion trends, cultures, and travel groups focused on tricks and stunts for men. Even as a severe economic downturn gripped the nation in 1896, bicycle sales continued to climb.

However, the bike wasn’t just redefining culture for men. Thanks to the “safety bike” of 1885, women finally had a way to leave the house unchaperoned. With that opportunity came a new level of independence.

What may have seemed like a simple trip to the market or a leisurely ride for pleasure sparked a shift in many women’s view of themselves and their world.

Formerly dependent on chaperones, women were now free to spend time with suitors as they rode bicycles together. Author Henry James began to write books like Daisy Miller and Portrait of A Lady with characters who reflected these changes, coining the term to describe them- the “New Woman.” And these New Women? Almost always depicted with a bicycle nearby.

Being able to ride a bicycle may not seem like much to us now, but at the time, women’s lives could be incredibly restricted. Existing laws made it very difficult for women to own their own businesses or other property and sought to ensure the exclusion of women from politics and public positions of influence.

Access to education was similarly limited. In 1870, women made up only about 20% of the American college population. However, enrollment rates began to rise, as with bike sales, in that final decade of the 19th century. In the 1890s, women now made up over a third of all students enrolled at American colleges and universities. 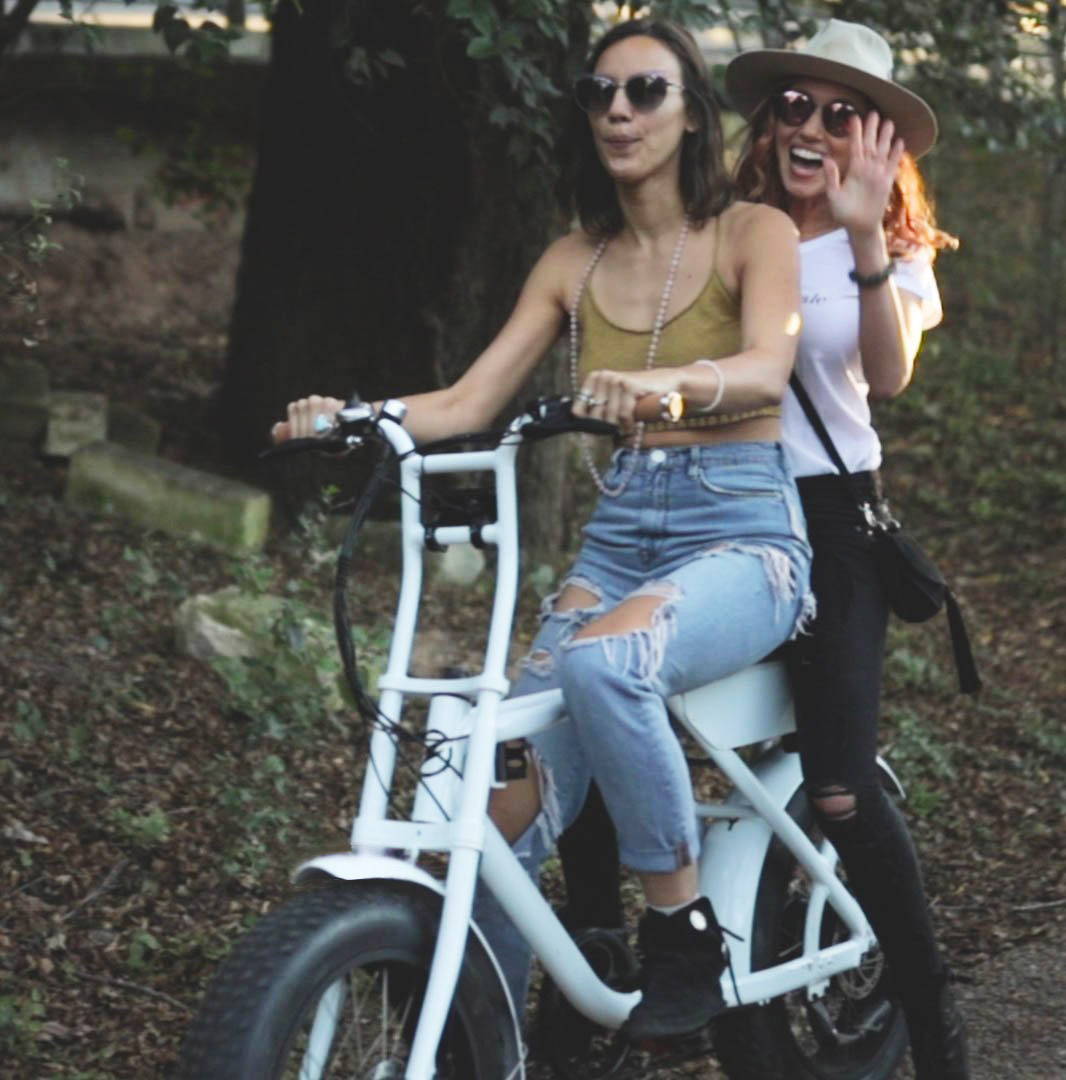 In addition to increased freedom of movement came shifting fashion norms including the exposure of women’s ankles and the occasional glimpse of bloomers.

As The Los Angeles Daily Herald observed, “Interest in conventional dress is rapidly disappearing and forms a less interesting topic of conversation among the fair sex than ever before. Now we hear on all sides, ‘what kind of a bicycle costume have you; if your skirt narrow or wide, and your legging’s a good fit about the ankles?”

New York Sun writer W.J. Lampton was either so diligent or obsessive about the changes in women’s fashion bicycles were bringing about he published a travelogue taking stock of the evolution of women’s wear in several U.S. cities from coast to coast.

Given how significant a shift in social norms the bike was introducing, it’s predictable that the fashions weren’t the only thing coming in for criticism.

In July of 1891, an op-ed in the Sunday Herald (Chicago) said, “I think the most vicious thing I ever saw in all my life is a woman on a bicycle--and Washington is full of them. I had thought that cigarette smoking was the worst thing a woman could do, but I have changed my mind.”

Four years later, The Courier (Nebraska) continued to fret about how the “old-fashioned, slow-going notions of the gentler sex” were falling prey to “some new woman mounted on her steed of steel.”

The medical community weighs in

The reactive columnists found support from several in the medical establishment as well. Doctors assert that it can fall to an affliction called “bicycle face.” The main symptoms of bicycle face include flushing or pallidness of the skin and lines under the eyes. Additionally, women received warnings that cycling could make them depressed.

When these doctors were actively attempting to dissuade women from riding, they were expressing casual disdain for the hobby.

In 1897, Dr. A. Shadwell, writing in London’s National Review, asserted, “The ordinary propulsion of the machine demands amazingly little exertion, compared with most other forms of exercise. Therein lies its greatest attraction and its greatest hidden danger. Children, fragile women, and old men who would be quite incapable of really hard work, find that they can do it with ease.”

That same article hastened to add that “Men of more than average vigor, and accustomed to far harder work,” would find biking an unsatisfying exercise experience. Instead of usual satisfying feeling of exertion these men would, “headache, insomnia, lassitude, nervous depression and prostration.”

Despite these attempts to frighten both women and men off bicycles, the people still embraced the two-wheel transports. Progressive medical opinions began to reach publication, arguing for the benefits of causal cycling on women’s health.

Dr. Edwin Kuh, a Chicago physician, went so far as to say, “I believe that physicians should advise their bachelor clients not to marry any girl who doesn’t ride a bicycle.” 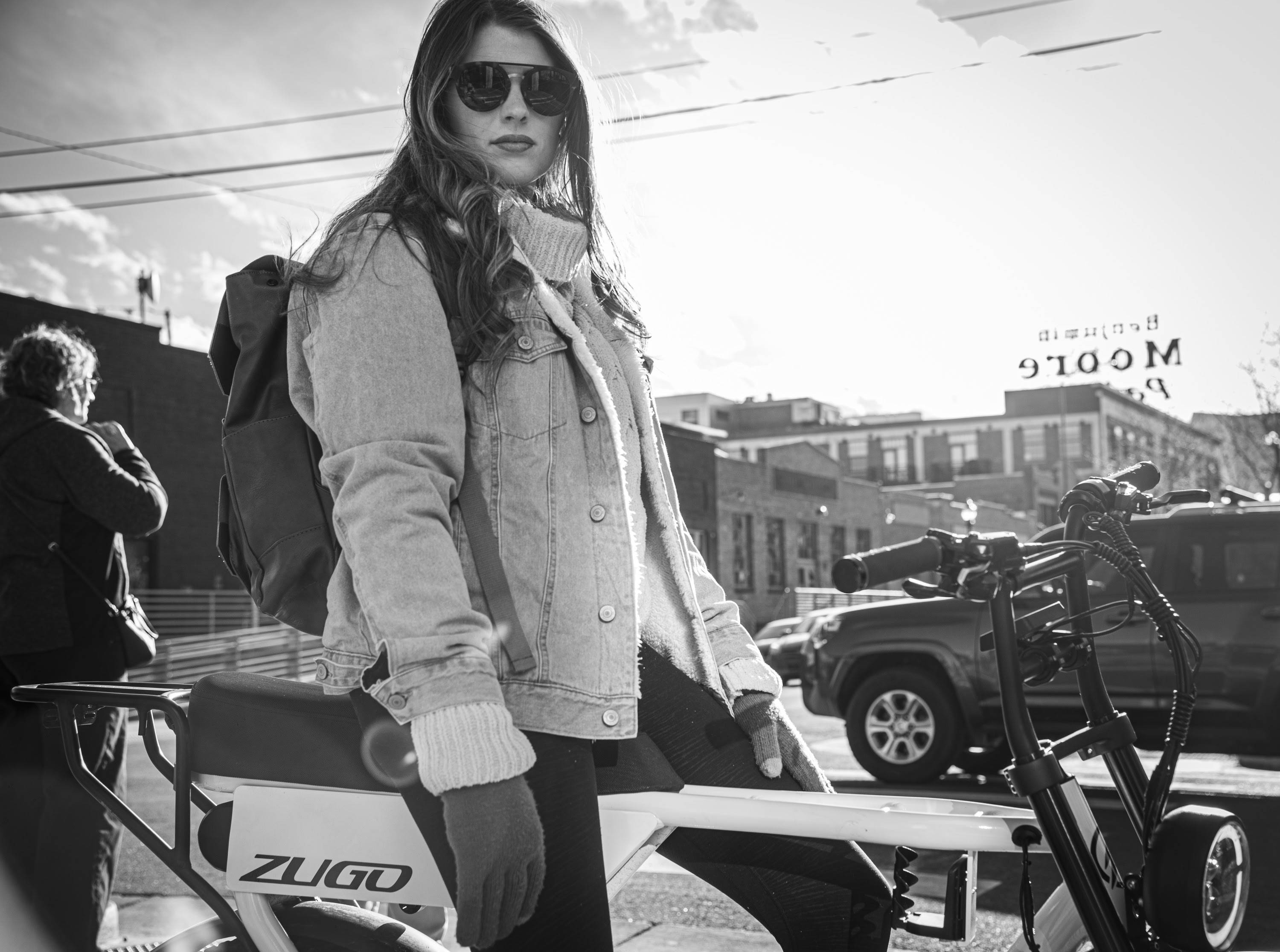 Women also started to get notable cycling role models. One early and colorful pioneer was Annie Londonderry. Only 7 years after Thomas Stevens rode his bike around the world, becoming the first person ever to do so, Londonberry took up the challenge herself.

She claimed to be doing so to win a bet against two wealthy, and apparently sexist, men from Boston, but we now think she was simply building her legend to drum up interest before she started the journey. Wherever the line between fact and fiction might have been, it did gain her further attention and sponsorship.

Over 15 months, she successfully biked the world. That speed ensured she finished the trip with two weeks left to spare to win the bet. Not only that, but she also bested Stevens’s time by nearly 17 months.

That she had never biked before and only carried with hera change of clothes and a revolver served to make the feat all the more impressive.

The fuel for the franchise

As the bicycle was making its meteoric rise and changing people’s perception of what it meant to be a woman, a political movement was beginning to intersect with its popularity: The National American Woman Suffrage Association, which coalesced in 1890.

This new organization pulled together the two largest suffrage organizations in the United States—National Woman Suffrage Association and the American Woman Suffrage Association—as well as several other smaller independent local groups. It grew until it could lay claim to as many as 1,000 chapters in 38 states. Each one was singularly dedicated to securing the right to vote for women.

Founders Elizabeth Cady Stanton and Susan B. Anthony were aware of how the rise of the bike stood responsible for no small part of what fueled their movement. They didn’t hesitate to declare it.

In 1896, Anthony told Nellie Bly, “Let me tell you what I think of bicycling. I think it has done more to emancipate women than anything else in the world. It gives women a feeling of freedom and self-reliance. I stand and rejoice every time I see a woman ride by on a wheel... the picture of free, untrammeled womanhood."

Stanton echoed the sentiment in an article for American Wheelman, “The bicycle will inspire women with more courage, self-respect and self-reliance and make the next generation more vigorous of mind and body."

Later, the duo would proclaim to several publications, “Woman is riding to suffrage on the bicycle.”

Agreement wasn’t only coming from within the movement, though. In 1895, an article in the San Francisco Fall argued the bike ensured women a place “at the very front of the political procession, and to give her an advanced standing in all the other fields of thought and endeavor.”

While the process did take over 2 decades more, the predictions of Stanton, Anthony, and others like them eventually did come true. In 1920, the 19th Amendment completed its long journey to ratification. At that moment, women received the right to vote in America for the first time.

Looking back now, just over 100 years later, it may seem strange to imagine a vehicle readily available in numerous sizes, styles, and colors became such a potent tool in the fight for the franchise. But history shows us that’s exactly the case. The bicycle wasn’t just a popular new form of travel, it was an engine that drove a movement.