As e-bike owners and riders, we know a bike-friendly city is a great city to live in. For example, in New York City, every $1,300 spent on traveling by bike increased the life expectancy of every resident of the Big Apple by one year. That’s an incredible rate of return!

The problem is how to identify which cities will offer the accommodations to make riding in them a safe and enjoyable experience instead of a dangerous harrowing one. We have assembled a set of ten factors to look into before moving anywhere.

So take a break from enjoying your ZuGo Rhino and use this guide to help you research what cities will welcome your e-bike with open arms.

While groupthink can be a problem, there’s certainly something to be said for the wisdom of crowds. In this case, the guidance is pretty clear. The higher the rate of cyclists in a given city, the more likely that city will be to be a great place to be an e-bike owner.

Given Americans’ affinity for automobile travel and the range of public transportation options most cities offer, biking to work has to be a pretty excellent experience for people to embrace it over their other choices.

Any city that has a significantly higher rate of bike commuters than the national average of .6% is likely to be a bike-friendly city.

If you want to navigate the city safely, you need adequate places designated to do so. Bike paths and trails can often help move riders through the city while almost entirely sheltered from automobiles.

It’s likely impossible to avoid riding on the street entirely, though, and that’s where designated lanes come in. They allow on-street travel that doesn’t force riders to compete for space on the roads with cars and trucks.

The more “designated” they can be—from painted lines to planters or barriers to divide bike and car travel —the more successful they are at promoting bike travel.

San Francisco sparked their rapid ascension to the top of most “Best Bike Cities” lists with their committed increase in bike-specific trails and lanes over the past 11 years. 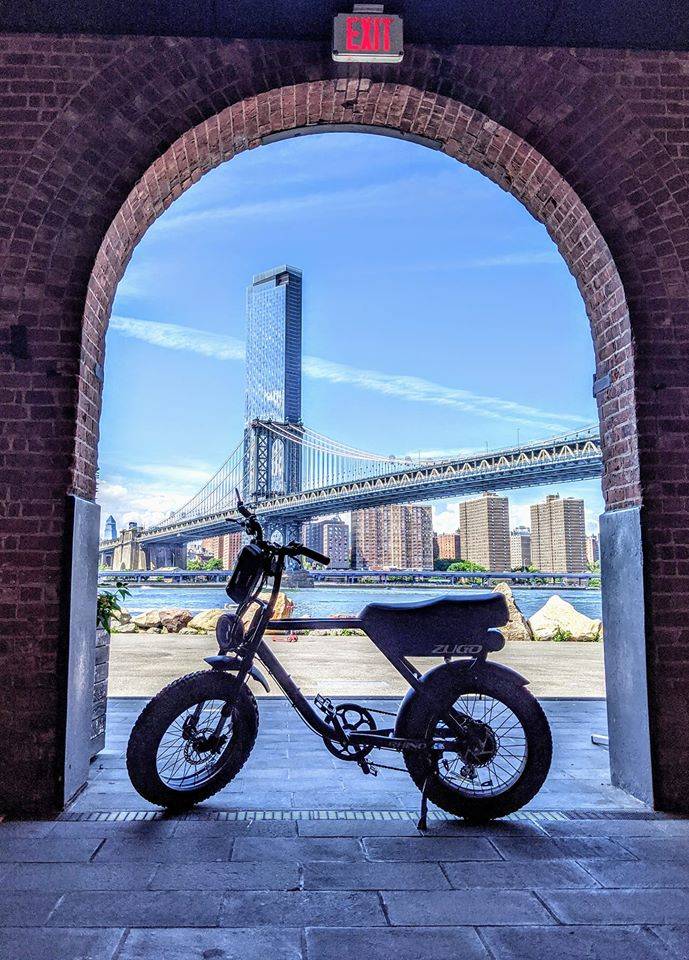 Commuting only offers us a partial picture, though. Yes, e-bike riders appreciate being able to get to work in a way that avoids traffic, lets them appreciate the outdoors, and gives them some exercise. But they also like to use the Rhino to have some fun too.

Truly bike-friendly cities, then, will not just offer utilitarian spaces that give cyclists a way of getting between locations. They will also offer areas to ride with great scenery, challenging courses, and other delightful extras.

Other ways to provide recreational riding experiences include offering a range of different lengths of trails, styles of terrain, and challenging landscapes.

Minneapolis/St. Paul provides a vivid example of how to do this with the twin (pun intended!) commitments to beautiful greenery and promoting cycling.

The locations of bike paths and lanes also reveal a city’s feelings towards bike use. A city, for instance, that has many paths but has them isolated in just one section of the metropolis might at first appear to be bike-friendly.

However, if someone wants to bike from downtown to Chinatown and there are no designated lanes in between, it quickly becomes apparent that the appearance of accommodation is a mirage.

On the other hand, a city with less mileage of trail that has made sure it touches every corner within the city limits can provide a far-friendly and safer riding experience for bicyclists.

It doesn’t just matter how bike-able a city is now, it also matters what they’re doing to make it more traversable by bike in the future. A city’s plans for how to continue to improve its options for cyclists can be as important, if not more, for judging its level of bike friendliness.

As a consistent top 5 finisher on "Best Bike Cities" lists, Portland, OR has already proven itself an excellent city for riding if you’re a longtime resident. Its new plan to increase the number of designated lanes demonstrates a commitment to also making it a friendly place to ride for future residents and visitors.

A city with an impressive network of bike paths has gone a long way towards asserting itself as a good place to live and bike. However, it’s not the only way.

A less acknowledged aspect of making your city bike-friendly is ensuring that the trails offer more than a path from Point A to Point B. The most basic of these offerings include places to refill your water bottle, use the bathroom, and take a snack break or stop and rest.

More advanced offerings can include parks, swimming pools, playgrounds, and even campsites.

Houston provides a great example of this kind of design as nearly all of their bike paths feature public areas with these offerings in the immediate vicinity or relatively nearby.

Cities that want bikes to be a part of their urban life make sure to have laws that keep those who use bikes safe.

That can mean proposing new legislation like Colorado’s recently enacted Vulnerable Road User Law. Laws like this show that locals have an awareness of what dangers cyclists face and are actively engaged in resolving them.

It can also take the form of enforcing existing laws. Almost any city has statutes on the books that describe how drivers should treat cyclists to ensure everyone’s safety and the flow of traffic. If city officials take those laws seriously, that’s a city that values its residents that ride traditional and e-bikes.

Many stats online can offer insight into how smart it might be to ride in your city. For example, cyclist fatality statistics can reveal the risk of navigating the city on a bike.

Statistics can also show us how law enforcement responds to people who ride bikes; if they treat cyclists as valid and valued as motorists, that goes a long way to demonstrating a commitment to bike friendliness. 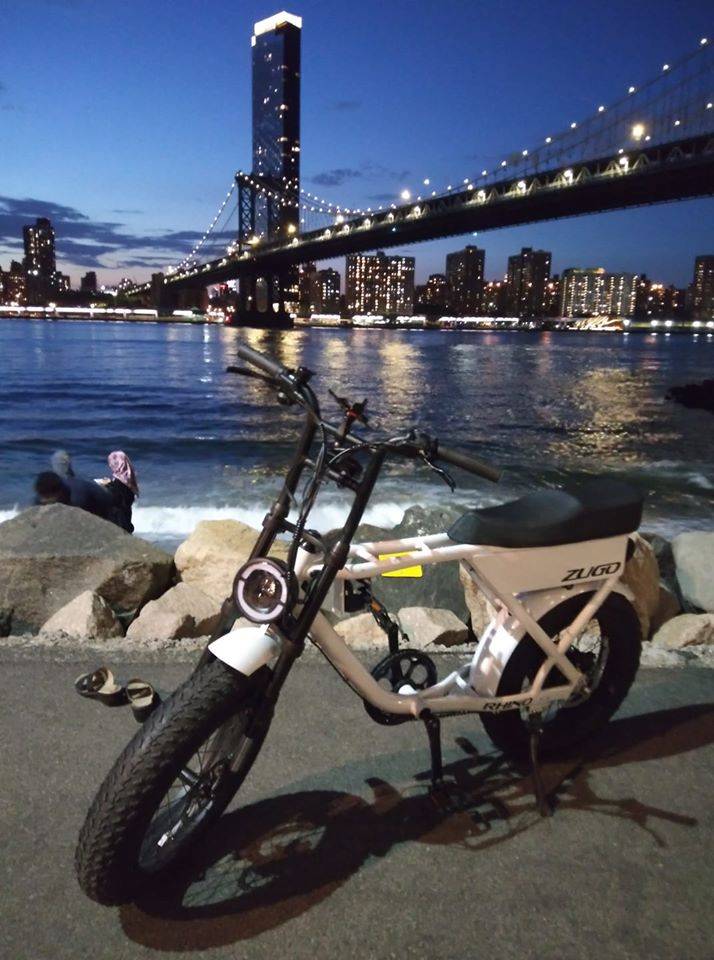 The possibility of losing your e-bike to theft is less than that of losing a traditional bike. Plus, any Rhino outfitted with a ZuGo Siren alarm is going to call far too much attention to itself for any common thief to try it.

Still, being aware of the rate of stolen bikes in your city can provide insight into how the city may treat you as an e-bike rider. The higher the amount of the theft, the lower the chance the city is making the kind of accommodations that would make it easier to leave your bike in a safe, secure location between rides.

Bike-friendly cities provide plenty of parking. This means designated areas, in plain sight, where a bike can be easily secured with a lock. This gives riders the peace of mind that their vehicle is easily visible and locked on an object they can count on to be difficult to break or remove without being noticed.

Doing something different can be a hard position to be in. Even in the friendliest of bike cities, commuting via cycle is a far less popular option than by car or various forms of public transportation. Running errands on a bike is similarly unusual.

It helps, then, to know that even if there are few of you, there’s a community of similarly minded people in your city.

Advocacy groups like Boulder’s Community Cycles are a good formal indication of such a community.

Other places may have more informal evidence as with various cities in Florida that have cultivated a well-known sense of community locally. Plus, they hold several national and international cycling-related events to ensure non-Floridians also know of their burgeoning community.

Some signs of a city’s attitude towards e-bikes have nothing to do with legislation or public works projects. Instead, one can look towards the businesses of the city for hints about how the metropolis feels about its cyclists.

Cities that support and promote biking tend to attract businesses that reflect those same values. Bike shops offer a fairly strong indication that a city has accepted e-bikes and traditional bikes as smart forms of local transportation.

Others may require a bit of a closer look. Businesses like cafes and restaurants may not suggest “bike-friendly” at first blush. However, a closer look will reveal certain accommodations made for cyclists to attract their business. Same may even note their attitudes towards bikes in their marketing materials.

Online marketplaces like Craigslist or Facebook Market can provide a sly look at how a city’s residents view their locale’s attitude towards bikes. Some may be selling because they’re leaving town, others might be selling because the city has failed to meet their accommodation expectations.

Finally, cities that can also boast successful bike share programs are almost certainly bike-friendly. Not only have they managed to bring in a company or companies to provide and maintain a fleet of bikes, but people are enthusiastically using them enough to persuade those companies to stay.

With the factors and resources provided above, recognizing which cities offer a bike-friendly experience should be easier. Perhaps it will help guide you towards the next place you call home.

Or it could help you affect change where you live. Knowing what it takes for a city to be bike-friendly can help you advocate for some of those changes where you live right now.

Regardless of how you use it, this article can be a great tool to guide you and your Rhino to a bike-friendly experience.